How To Choose The Correct Pond Netting 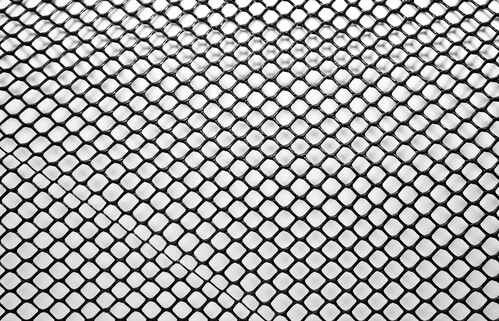 Most pond owners know that they should use netting, especially during autumn, but there are lots of options available, so which is the right one? Below is a guide to choosing the correct netting for your needs.

Why Netting Is Used

Before you can choose the correct netting, you must first know why you want to apply it. During fall, netting is usually applied to prevent tree leaves from falling into the water, which can quickly erode water quality as they deteriorate. During spring, netting is usually applied to prevent predators such as blue herons from preying on fish. Each scenario requires different types of netting.

As the name suggests, this netting is designed to capture leaves. It should be made of strong materials, and most brands will come with a mesh that is diamond shaped with openings no more than 1.25” in size. For leaf capture the mesh needs to be no more than ¾” since it will capture the leaves while still allowing food to be given to the fish. If you live in an area that has lots of pine needles or acorns, you will probably need a finer mesh. Those who are keeping fish such as koi will need netting that provides the fish access to sunlight, so that the pond doesn’t have too much shade, and a good net will also provide sufficient air circulation.

To deal with birds and other predator’s bird netting is best. It is more affordable than leaf netting and will also discourage raccoons and cats from getting near the fish. It will be made from materials such as nylon, polypropylene or polyester, and can be purchased in sizes which are precut, and which can fit any sized pond. You want the strongest material that you can afford which offers flexibility. Most of these nets come with grommets that allow them to be stretched and staked. Any netting you buy should be resistant to rot (especially from water exposure), and the best brands when properly cared for will last for years.

There are multiple ways in which pond netting can be installed. Some pond owners use PVC structures to create domes or tents, while others use pond frames or stretch the net across the water surface slightly on top of the water level. Netting should not be placed in the water, as it can pose a safety hazard to fish. When applying netting to ward off predators, it might be a good idea to focus on strategic areas rather than trying to net the entire pond, as would be the case when shielding it from leaves.

As with all things in life, you will get what you pay for when it comes to quality. Nets which carry the lowest price tag also tend to be low in performance. The last thing you want is a crappy net that breaks which then allows a bird to swoop in and nab your prized $2,000 koi.