Common Koi Diseases To Watch Out For 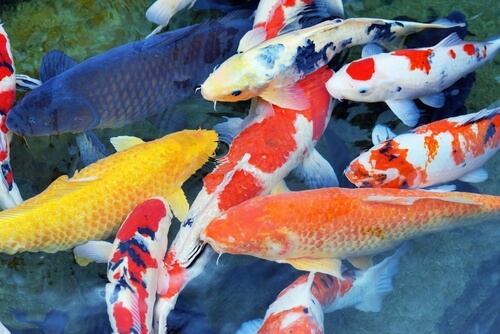 Koi are exotic fish which can cost thousands of dollars to acquire. However, as with all fish, they are vulnerable to a number of koi diseases which can harm and kill them. Understanding these illnesses and how to prevent and treat them will keep your koi vibrant and healthy.

This is a type of parasite which is shaped like a saucer. It produces lesions along the skin of the fish which resemble spider webs. If left untreated smaller koi will suffer damage to their gills, while larger koi will become irritated and frequently scratch themselves by rubbing up against surfaces. This scratching can lead to additional cuts and bruises that can cause secondary infections. This disease is readily treatable by adding salt to the pond.

This is an affliction which is caused by viral pathogens. Fish that have it will display lesions on their skin which resemble waxy warts. As with most viral diseases, it has no cure, and fish that become infected will have to be separated from those that are healthy.

Koi that suffer from this particular pestilence will showcase white spots along their bodies. It results from the fish’s immune system becoming compromised. Bigger koi are more robust and can survive, but smaller koi have a poorer prognosis and typically succumb to this disease. ICH works by attacking the gills. To prevent it one will need to increase the salt level of the pond while making sure the pumps are elevated, but adding too much salt can harm the plants.

This is a condition which results from vitamin C deficiency among koi. Fortunately it is simple to resolve by providing the fish with fruits like grapes, oranges and watermelons. Once this is done the fish will become healthy. With treatment prognosis for this condition is positive.

This disease is the result of a rare parasite that is extremely dangerous to any koi that are exposed to it. It results from a failure to properly maintain pond water and looks like fungus. It enters any wounds or ulcers that appear on koi and will produce tufts around the wounds that are white in color. The good news is that this parasite can be eradicated by switching to clean water and adding a bit of salt.

This is a parasite which is shaped like a disc and green in color. It attaches itself to the sides and fins of the fish and sucks on them. These results in ulcerations and medications like Formalin are of no use against it. Products which have shown effectiveness include Dimilin and Fenthion.

This is a very common ailment among koi and comes in the form of viral pathogens which are easily transmitted. Like most viruses it is very challenging to treat, let alone cure. Fish that become exposed to it should be immediately separated from healthy fish to prevent the virus from spreading.