Adding Fathead Minnows To Your Pond 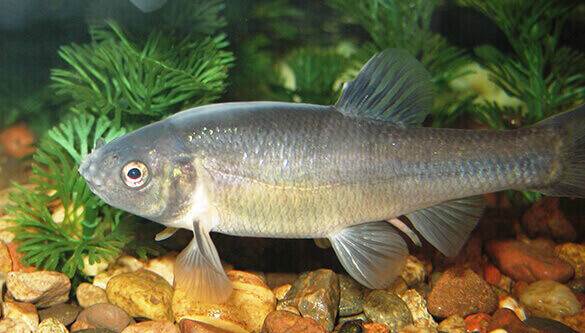 Fathead minnows are small fish olive in color which has been used as a form of bait for more than one hundred years. They can be found naturally throughout North America, in the U.S., Canada and Mexico. Aside from being used in the form of live bait, many landscapers are now adding them to their ponds.

Advantages of Having Fathead Minnows

Fathead minnows offer forage to ponds which have recently been stocked with bass bluegill. This is because minnows spawn in spring, a few months before bluegill spawns begin and as such can serve as an excellent source of food for bass fingerlings. In fact, the presence of fatheads can contribute to a healthy annual growth rate for bass. Minnows are affordable and as such are considered an excellent investment when used as a source of food for larger species. They are the best way to jumpstart the growth of bass and other fish.

A mature fathead minnow will rarely surpass 3 inches in length, and they have a short lifespan, which ranges from twelve to fifteen months. Compare this to sturgeon, which can live a minimum of fifty years, or koi, which can live up to thirty five years. It is the short life span of minnows that prompts many enthusiasts to use them as bait for larger fish.

Older male minnows will typically be bigger than their female counterparts and darker in color. Some males display a pad on their heads which is hardened and used for spawning or nesting. Male minnows protect nests and the females can spawn on a weekly basis, laying as much as 500 eggs each spawn. Maintaining optimal water temperature is essential for healthy spawning, with the most ideal temperatures ranging from sixty to sixty five degrees Fahrenheit. Fathead minnows will spawn during spring and summer, as long as temperatures don’t exceed eighty five degrees Fahrenheit.

Fathead minnows swim slowly, which makes them easy to catch by larger fish. They also spawn frequently. When added to a pond they will create nests on the bottom which are about the size of a teacup. They like placing their eggs beneath plants, logs or rocks. Other objects which can serve as spawning substrates for minnows include tires, boards, or pallets. It is best to use products that will biodegrade as time passes.

When adding minnows to your pond it is important to consider the stacking rate. Generally speaking, between 1,000 and 2,000 fatheads can be added per acre. If adding them during winter or fall, it is best to use smaller minnows, as they will have room for growth and will reach maturity before the spawning season starts. When stocking in spring, it is best to use large adults so that an early spawn can be guaranteed. Minnows should not be placed in ponds that currently have a bass population that is established, because they will be devoured before they have time to spawn.