The Relationship Between Snakes and Ponds

Home > Blog > Ponds 101 > The Relationship Between Snakes and Ponds 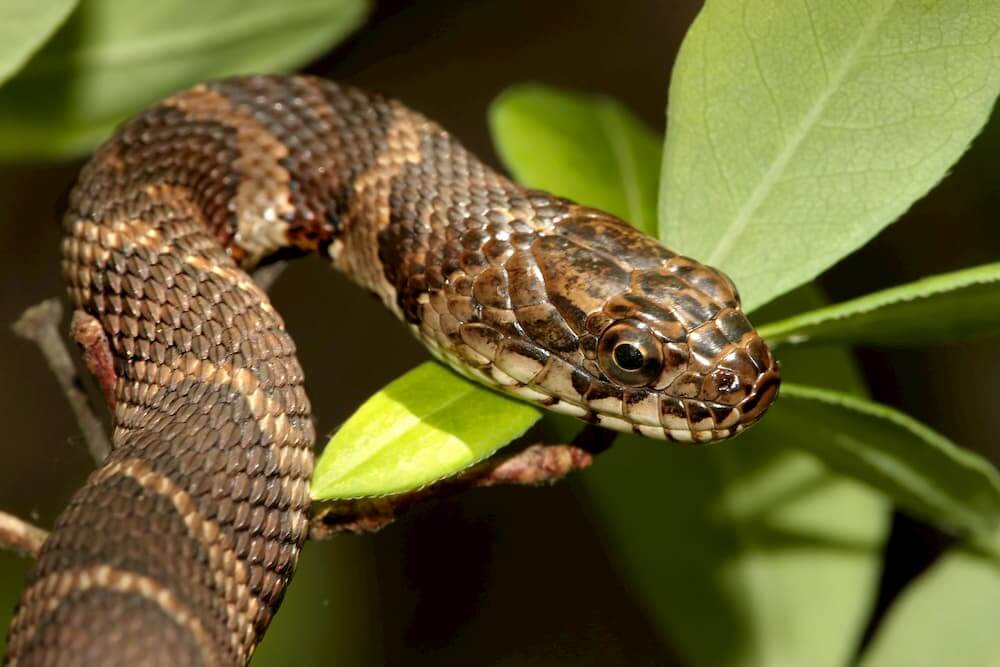 A healthy pond will attract all sorts of animals, from dragon flies to ducks. While many of these species will enthrall pond owners, there are some that won’t, and one of the best examples is snakes. There are certain species of snakes that enjoy being around water and many are located in northern states. Below is a description of the relationship between snakes and ponds, and what you can do about it.

Water snakes are the most common types you’ll encounter. They are attracted to streams, canals, ponds, marshes and lakes. They appear most frequently between spring and fall, when weather turns warm, as they will move about searching for food and a place where they can gain access to sunlight. During winter they will find a den and hibernate.

Snakes have ectothermic structures, which mean they monitor the environment to determine the temperature of their bodies. Basically, when it’s cold they become cold, and when it’s warm they become warm. Unlike humans, snakes do not generate body heat, which means they must depend on external sources in order to maintain a specific temperature. This is why they bask during summer and must find a warm place to be during winter, such as burrows which are underground and beneath the freezing surface.

Are These Snakes Dangerous?

Most of the snakes that people will encounter near their ponds in the U.S., such as water snakes and garter snakes will be completely harmless, but then again, it is difficult for many people to tell the difference between these species and snakes which can be harmful, such as water moccasins or copperheads. However, even if a pond owner encounters a copperhead that bites them, the bite is rarely dangerous, and most of these snakes seek to avoid humans. However, there are two species of snakes in North America which are extremely dangerous to humans, and these are rattlesnakes and the coral snake.

The greatest danger that most snakes pose to ponds is not the humans that own them, but the animals that reside in them. All snakes are carnivorous, even those that are harmless to humans. One of the reasons why they are attracted to ponds is because of the wide availability of suitable prey, such as fish and frogs. Therefore, if you have animals in your pond that you want to protect, you need to keep these snakes away from them.

How To Handle Snakes

If you do encounter a snake around your pond, you shouldn’t kill it. The reason for this is because these animals play an important role in the ecosystem and keeping pests such as rodents under control. If you see a snake, and you can’t identify what type it is, it is best to contact a local college or wildlife center and describe what you’ve seen and someone can come and collect it. There are also tools that you can use to safely capture and remove snakes from your property.