Preventing Fish Kills During The Winter 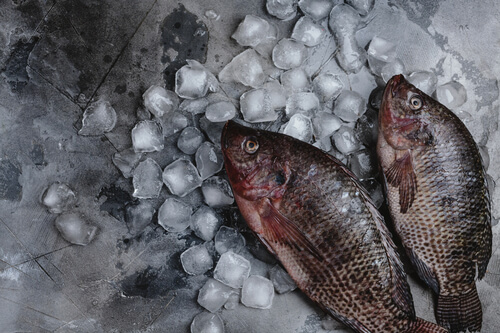 Pond fish can be expensive to acquire and care for, especially species such as koi. Therefore, when these fish succumb to disease or predation, the consequences can be devastating, especially if the fish were show quality. Even if they aren’t, many pond owners are attached to their fish just as with other pets. So how can fish kills during the winter be prevented?

How The Arrival Of Winter Threatens Your Fish

Winter is a season in which most fish will be cooped up, in a space which provides little ventilation and which is devoid of fresh air. Now, on top of this, throw in the presence of decaying waste and the buildup of harmful gases, and it is easy to see why many fish often don’t make it to spring. In cold northern climates the surfaces of ponds and most other bodies of water will freeze over.

The fish are in no danger of freezing to death however since they are far beneath the surface in water that is warmer, but there are a bunch of other threats that they are subject to. The greatest of these is decaying vegetation and waste in the water, which causes a growth of gases which are toxic. These toxic gases can displace oxygen in the pond which the fish require for their survival. When the oxygen is completely displaced by gases such as ammonia, all the fish in the pond will quickly succumb. Clearly, your job as a pond owner is to prevent this.

Create An Opening In The Ice

The solution to the problem is to create an opening in the ice which will allow the toxic gases out and oxygen in, but this can’t be done haphazardly. Experienced pond owners use a specialized tool called an aeration system which produces a hole in the ice sheet. This ventilation allows gases like ammonia to escape while ensuring your fish get a steady supply of oxygen. The oxygen will be provided in the form of bubbles which are produced either by air stones or a diffuser.

However, you should not wait until winter in order to turn on your aerator. Experts recommend running it all year round, unless you intend on using the pond for hockey, ice skating, or other activities which require a strong and solid ice surface.

How To Use Your Aerator

Those that intend on running their aerator throughout the year will want to transfer their diffuser plates to water that are shallower when winter arrives. The reason for this is because it will give your fish sufficient time to gather in the deeper, warmer areas of the pond before the temperatures really drop and the surface freezes over. Additionally, it will prevent the very rare but extremely dangerous “super cool” phenomenon, where the temperature of the water will fall to beneath freezing, causing harm to the fish.