Introducing Koi To Your Pond During Fall 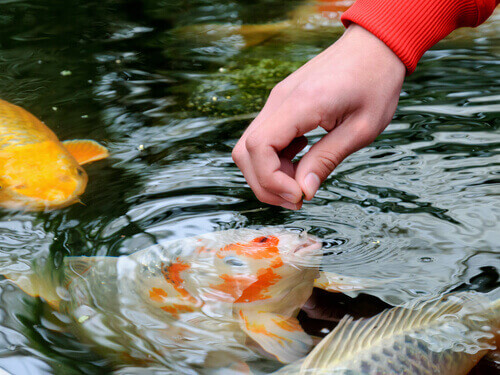 Some pond owners that are considering adding koi to their pond wander which season is best. Winter is obviously not a good time, but what about autumn? The answer is complex, as there are pros and cons to adding koi at this time a year.

One of the positives to introducing koi to your pond during fall is that during this time you will get the best prices. Koi is one of the more expensive species of fish, so getting them for the best price is important for many. The reason koi are so affordable during autumn is because fish dealers are usually in a rush to deplete their stocks before winter sets in, as it requires a lot of resources to sustain them once the temperatures drop.

The negative to acquiring koi during fall is that they will usually not be of the highest quality. The majority of the fish available to you in autumn will be the left overs, as the best would have already been purchased during spring or summer. Another downside is that those who introduce koi during the months of September or August won’t give them the optimal amount of time to acclimate to their new environment. You will also need about thirty days to monitor the fish for any potential health issues, especially considering the fish you buy likely won’t be the best.

Steps That Must Be Taken

Fall is one of the most important seasons for fish. The reason for this is because you must prepare them for the winter months that follow. Fish should be fed extensively, and you will also want to perform a water change to make sure the water is clean during winter. By installing a greenhouse in October, you can keep leaves from entering the pond, which will extend your growth season.

It is also a good idea to add a bit of salt to the water, say about 0.1 percent to 0.2 percent, or 1 to 2 pounds for each 100 gallons. While some have said that adding salt to your pond water during fall is not wise since it reduces freezing point, it is fine so long as it is no more than a .30 percent level, as it will only reduce your freezing point by a very small margin.

The key thing to understand is that fish must be in excellent condition to survive the winter months. Any fish that have been sick or are in a weakened condition should be kept indoors until they are strong enough to survive outdoors. Once winter sets in and the pond’s surface water freezes the fish won’t have food for five months or so. Therefore, they need to be well fed in advance and strong. Instead of feeding them lots of protein, it is recommended to focus on giving them food which are based on wheat germ instead.