Placing Turtles in Your Backyard Pond 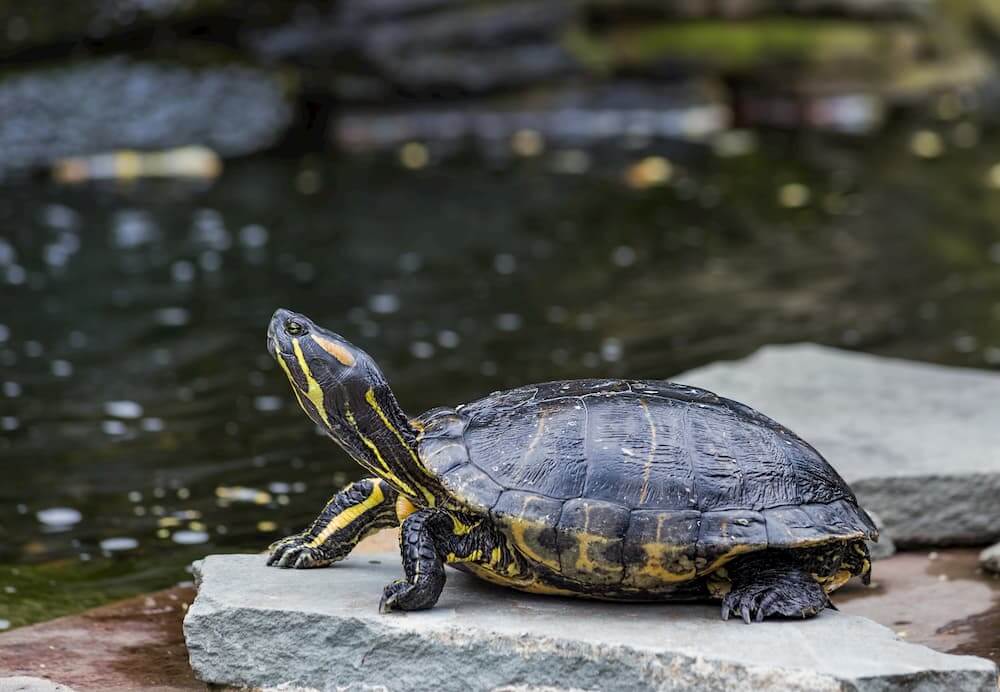 Turtles can make an excellent addition to your pond, although they do need considerable care and are not suitable for children. The best type is aquatic, as they will rapidly acclimate themselves to the pond environment. Below are some additional things you’ll need to know.

Turtles require a specific pond depth, which varies based on the species. All turtles should be given access to water that has a big surface area, as this exposes them to greater oxygen levels. Red ear slider turtles prefer deep water, while others like their water to be shallow. This is why it is essential to know the preferences of the species you intend to buy.

Ideally, the pond should have different water levels with slopes among them. This would include an area which is shallow where the turtle could rest with its head sticking out of the water, and a deeper spot where they can submerge.

Since turtles have sharp claws, you will want to get a pond liner that is stronger than usual, preferably one that is pre-formed. Turtles also need an area where they can bask, and since they like to walk on land from time to time, including a “beach” for them is highly recommended.

Another thing to consider when adding turtles to your pond is the climate and plants. Those living in the north where winters are cold might only be able to live outside during spring and summer. Unlike fish, turtles have little protection against freezing temperatures, and although they can hibernate outside, doing so can be risky. The wisest solution is to bring your turtles indoors until spring.

Turtles can deal serious damage to your plants, especially the aquatic ones. This is because they enjoy eating them, so you have to be mindful of the type of plants you have. The best plants for turtles are water hyacinth, tape grass, fairy moss, and water lettuce.

How Turtles Interact With Fish

Fish such as koi are widely popular for backyard ponds. However, those who intend to add turtles to the same environment must exercise caution. The reason for this is because despite the slow, lethargic appearance of turtles, they are in fact outstanding hunters. They will not be intimidated by the size of koi or catfish, and might even try to nibble on them.

While most turtles will be unable to take down a large fish, the injuries they inflict could lead to infection. Smaller fish such as goldfish or guppies could be eaten entirely. Furthermore, adding turtles and fish to the same pond requires lots of space and greater attention to water cleanliness than usual.

Turtles Are Not A Major Issue

Generally, turtles won’t bother fish so long as they are fed well and the fish are sufficiently large. Those determined to add both to the same pond should do extensive research on compatibility between different fish and turtle species.