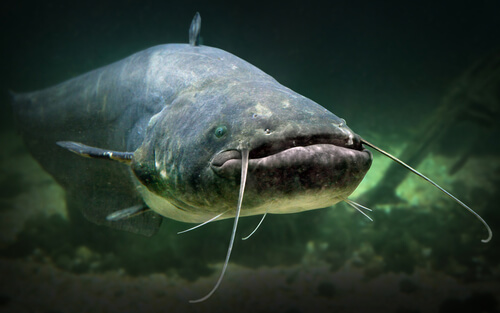 Catfish are scavengers, and as such can play an important role in the ecosystem of a pond. However, there are a number of things pond owners should be aware of prior to purchasing them. First, catfish come in many varieties, and while some grow to have a length of one inch, others become massive, rivaling and even surpassing koi.

An Overview Of Catfish

It is first important to make sure you have plenty of space for these fish, as they grow quickly and can reach weights of up to ten pounds. In fact, in the wild catfish can weigh around forty pounds, which is similar to a medium size dog. This makes them among the biggest fish in the world. When it comes to diet, these fish will eat practically anything, including algae, trash and even fish waste. Because of this many pond owners believe their presence in a pond can keep it cleaner.

The most common species in North America is Ictalurus punctatus, or channel catfish. It is used heavily in aquaculture, and is prized due to its adaptability. It is naturally found in the streams and lakes of states such as Nebraska, Iowa, Tennessee, Kansas and Missouri.  Anglers love it, as do chefs due to its great taste and it is one of the most popular fish eaten in the USA, especially the American South. However, when kept as a pond fish it is a species which is often misunderstood.

Things To Remember About Keeping Catfish

Catfish are omnivores, which explain their preference for scavenging. However, this does not mean that pond owners should depend on it to clean up their pond. In the wild, catfish have a tendency to eat anything which is smelly, such as decomposing organic matter, but they also prey on shrimp, worms, frogs, insects and crayfish. Due to its adaptability it will quickly adjust to whatever pond owners feed it, and if other fish are present in the pond the catfish may quickly dominate them and begin eating most of the food. Furthermore, if the catfish feel that the food being given to it is insufficient it may begin eating smaller pond animals such as fantail gold fish.

Catfish are also nocturnal, which means they become active when other pond animals are trying to rest for the evening. As a consequence they may increase stress among koi and other species. Catfish also lack the beautiful colors of koi and goldfish and therefore will not enhance the pond’s aesthetic appearance. Additionally, catfish enjoy concealing themselves and usually don’t emerge unless it’s time for feeding. The good news is that catfish are simple to keep, live many years, can deal with different levels of water quality and unlike koi are affordable. However, pond owners should exercise caution when placing them in the same pond with other species, and they should ensure that these fish have plenty of space for growth, because they will need it.