The Advantages and Disadvantages of Drip Irrigation

Home > Blog > Landscaping > The Advantages and Disadvantages of Drip Irrigation 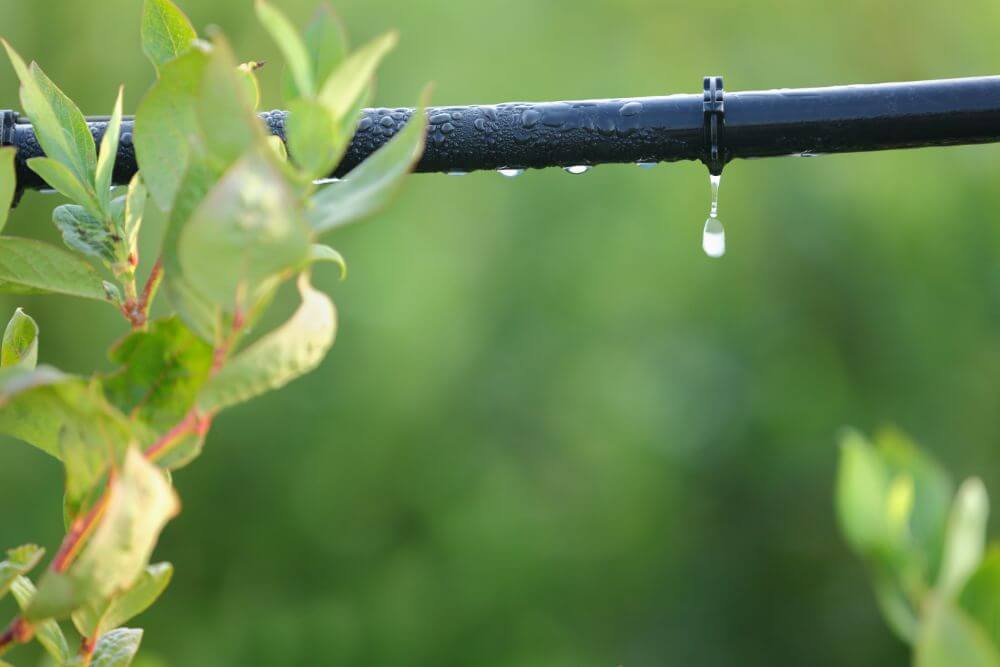 Drip irrigation, which is also known as trickle irrigation, is one of the best ways to apply nutrients and water to crops, and below are some reasons why this is the case, along with some advantages and disadvantages.

Drip irrigation allows low volume water sources to be utilized since it requires fifty percent less water than sprinkler irrigation. This method can also work at reduced operational pressures, which results in lower energy pumping costs. Additionally, the efficiency of water use will be greatly increased since the plants may be given more accurate levels of liquid.

Many property owners are attracted to this type of irrigation due to the cost savings. For instance, both operational and labor costs are lower, since this technology incorporates extensive automation. Since the water applications are usually made directly at the root of the plants, this means that no apps are needed between the nonproductive areas, which make it easier to control weeds while conserving the water.

One weakness of traditional irrigation is that field harvesting can’t be done during the actual irrigation process since the regions between rows will be too wet. However, these regions will stay dry, which makes harvesting possible at any time. Irrigation can be performed during multiple field conditions, and when it comes to nutrient leaching and soil erosion, drip irrigation is vastly superior to sprinkler irrigation.

There are some downsides to this type of irrigation that must be considered. First, the initial investment per acre will usually be larger than classical irrigation techniques, and the management requirements tend to be steeper. Furthermore, if key operational decisions are delayed, the damage to crops may be irreversible.

Drip irrigation is also harder to perform in cold northern climates, since it offers no frost protection unless sprinkler systems are present. The drip lines are also vulnerable to leakage due to damage caused by humans, rodents or insects. Those who choose to establish a drip irrigation system will need to implement water filtration to stop the clogging of the miniature emitter holes.

Vegetables are typically planted in gardens by row and use drip tape with emitter holes that are pre-punched. This allows liquid to be constantly applied to the nearby strip whenever needed. Since the majority of vegetables will be grown for a single season, disposable tape with a thin wall (between 8 and 10 mil) will be used during the season. The buried sub-mainlines and mainlines will usually be deemphasized so that the system is allowed to be disassembled and transported between seasons. The costs involved with drip irrigation can be high, which is why it is so important to establish a system that is functional which allows for the maximum production of crops at minimal cost. An entire system can be purchased directly from a dealer or can be constructed using various components. Regardless, correct system design will prevent problems later on.