How Center Pivot Irrigation Can Save You Money 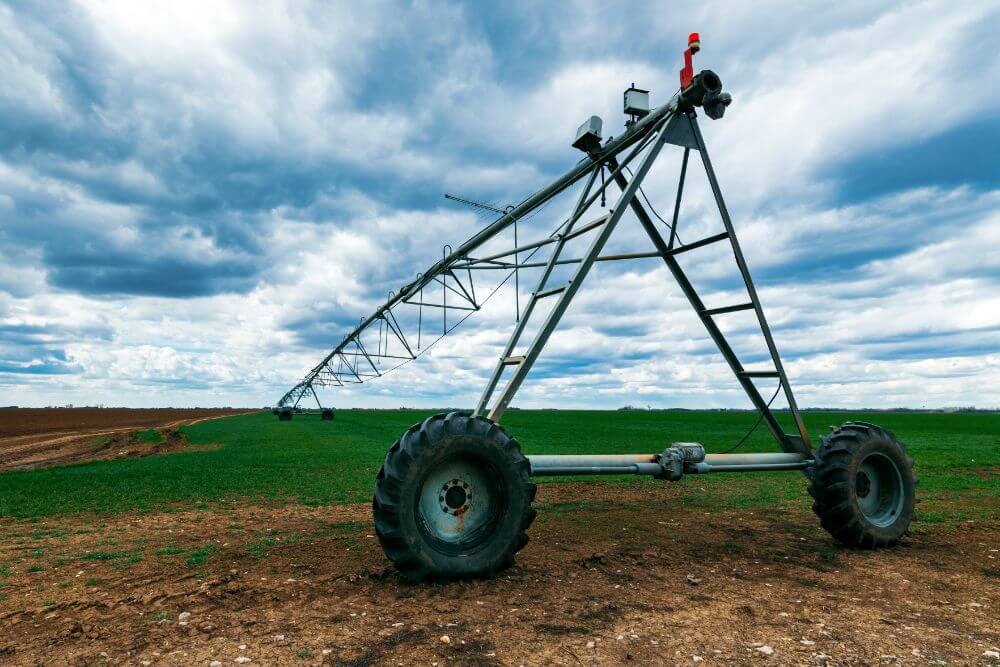 Center pivot irrigation (also known as water wheel or circle irrigation) is a way of watering crops where equipment will rotate and the crops will receive water through sprinklers. Although costly up front, this method of irrigation provides many benefits and can save you substantial money over the long term.

The typical center pivot irrigation arrangement uses multiple pipe segments (which are usually made of either aluminum or galvanized steel) to work with sprinklers that are placed along their path, which are then joined together by trusses which support them. The system will be mounted on towers that are wheeled, and the machine will constantly shift in a circular way while being provided with water through the pivot point near the circle’s center.

These systems function best on landscapes which are flat, and are preferred over traditional systems which use gravity flow because center pivot irrigation can work even on land that is undulating. Center pivot irrigation was first introduced during the 1940s and initially was powered primarily by water. However, the water powered systems have since been phased out by electric and hydraulic systems.

The external wheel set establishes the pace for rotation (which is usually once every 3 days). The internal wheel sets will be mounted near hubs which are situated among two segments which use special angle sensors to determine when the joint bend exceeds a specific threshold. If the unit’s angle is too big, the wheels will then rotate to ensure the segments are always aligned.

The Benefits Of Center Pivot Irrigation

Aside from the cost savings, center pivot irrigation requires less manual labor than most surface irrigation techniques. Unlike ground irrigation, there is no need to dig channels. Additionally, center pivot irrigation will lower the soil tillage amount. This means soil erosion and water runoff will be reduced. Less tillage promotes organic materials as well as crop residue which are beneficial since it will return to the soil through decomposition. This form of irrigation also greatly lowers soil compaction.

Within the United States, center pivot irrigation played a key role in transforming the Great Plains, which is semiarid. During the 1930s this area of the country was affected by the Dust Bowl and accompanying drought, but the introduction of center pivot irrigation after the Second World War transformed the region into an agricultural powerhouse which is today one of the world’s most fertile.

Another benefit of center pivot irrigation today is that it is almost completely automated. Some use drives that are variable speed which eradicates the old stop/start motors which allows the pivot to operate with greater consistency without frequent shaking and jerking. Water loss is greatly reduced and the distribution of water is much more precise, even at lower pressures. These irrigation systems don’t require a lot of maintenance and work well on various types of terrain.