The Benefits of Electrofishing 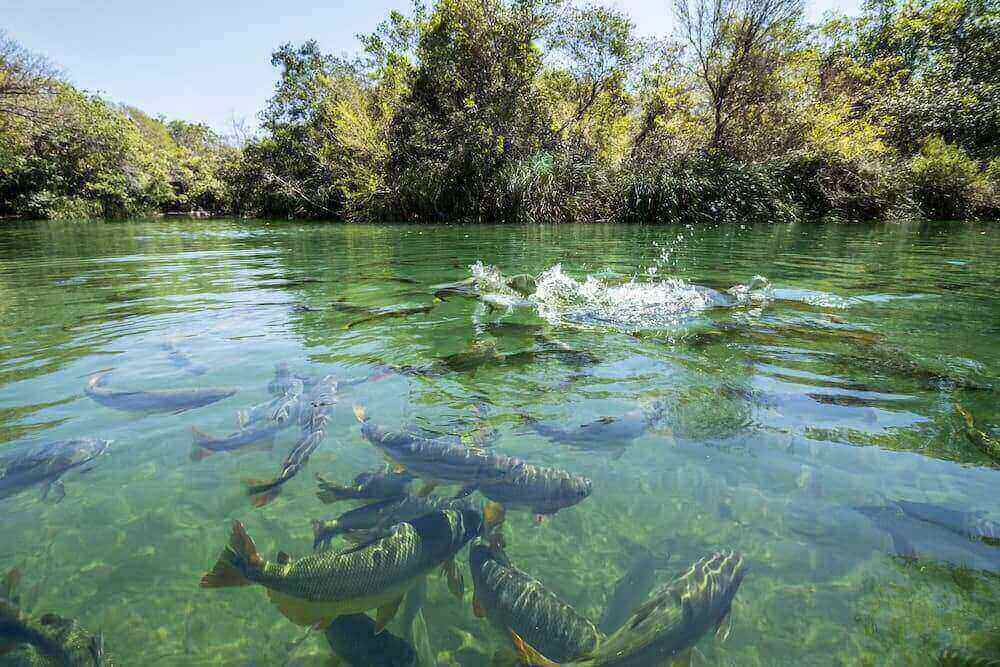 Electrofishing involves the distribution and generation of an electric field within pond water so that fish can be sampled. Electrofishing is usually done via boat and as such is geared towards larger ponds or lakes. Although water and electricity are normally a hazardous mixture, electrofishing is done with equipment and methods that are designed protect operators and their fish.

Why Electrofishing Was Developed

Most boats have a method of generating power, usually in the form of a generator that is air cooled and gas powered. In the American South, direct pulsed current is more popular than current which alternates. Once the power is generated, it is transferred to a control box, where its waveform changes prior to being sent on to probes.

In large ponds or lakes, electrofishing gives owners the ability to efficiently gather information on their fish, such as the average weight and length, and their physical condition overall. The fish will quickly recover from the process and the field is used primarily to stun them temporarily so they can be collected. However, it is important not to apply too much current, otherwise it will kill them.

Once the fish have been captured, data can be collected involving population density, the composition of the community and other key details. Electrofishing is most popular among organized fisheries and those working in aquaculture. It should be noted that electrofishing is not designed to shock all the fish within a given pond. Rather, it evaluates a sub-sample of the larger population. A good analogy would be taking a handful of cookies from a larger package and then inspecting the quality, color and quantity to come up with a conclusion for the remaining cookies within the package.

The length and range of an electrical field can be managed through the operator on the boat, but will be dependent upon the quality of the water, its temperature and conductivity. Ideally, the electrical field will be centered in close proximity to each of the probes and will extend ten feet from the boat’s side and six feet beneath it. This is the region that is usually studied for fish, and is more than adequate for most bodies of water. Any fish that enter the field will be exposed to a physical sensation, which is referred to as galvanotaxis.

Once the fish enters galvanotaxis they will automatically position themselves within the field, swimming towards the area that is most intense. At this point a dip net, which is usually located near the boat’s bow, can be lowered so that the fish can be captured and then put within a live well that is insulated. Once the fish have been evaluated, trends can be surmised which highlight issues that need to be addressed. For instance, a snapshot can be taken of predators and foragers, and it will be easier to understand how the population is distributed. The goal is to maximize the performance of the fishery.