How To Save Water By Preventing Runoff 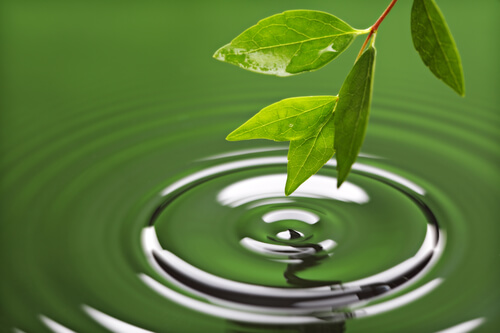 A growing number of people around the world are becoming aware of the importance of water conservation. Less than 5 percent of Earth’s water is usable to humans, so using it responsibly is important; especially given the fact many areas of the world are experiencing water shortages. Below are some ways that pond owners can prevent runoff so they can save as much water as possible.

What Is Runoff And Why Is It Undesirable?

Most urban and suburban areas use lots of roads, sidewalks and pavement, which means that rainwater is blocked from being absorbed into the ground and refilling underground aquifers. Instead, the water runs off into systems designed to remove it, then into waterways which results in erosion that destroys first the flora and then the fauna in a given area. For those that own a pond or water garden, this means that it will require more water than it normally should.

How To Get Runoff Under Control For Your Pond

The best way for pond owners to control run off is to capture any water that moves through their gutter system, then use it during dry periods to top off their pond. One benefit of using rainwater for this purpose is that it’s rich in nutrients which the plants in the pond will enjoy. It isn’t complicated; all you need to do is position a barrel or similar container beneath the downspout. You can also install a filter in the downspout so that organic materials such as leaves are prevented from getting into the reservoir and decaying, which can disrupt the quality of the pond water.

A reservoir which has a tap installed on the bottom will make it simple to fill up the water bucket and drain it inside the pond, particularly if the lidded reservoir is present. Many pond owners have also found a pump to be helpful. Virtually every pond owner can benefit from harvesting rain water. Some transform their roofs into a system for collecting rain, and will use barrels which are sixty to seventy five gallons in size.

You can also purchase harvesting kits for rain that will allow you to construct a reservoir which is both self-pumping as well as self-filtering.  These kits are capable of holding thousands of water gallons and are perfect for those who have sizeable ponds and large estates or commercial buildings. Either way, you will benefit the environment while lowering you monthly water bill.