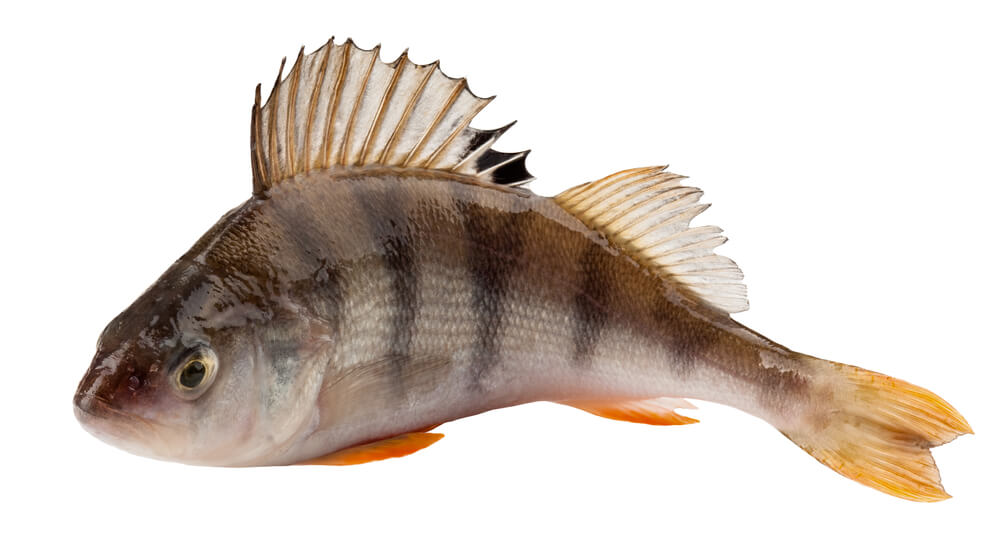 Perch are a species of fish which thrive in freshwater, a member of the Percidae family. There are over six thousand varieties which are divided into more than one hundred and fifty subgroups, meaning the fish is widely distributed around the world. It can be found in Europe, Asia, and North America, from Cambodia to Taiwan all the way to Nova Scotia and parts of the United States. They have certain anatomical features that make them unique among fish.

Perch reach an average length of ten to twenty inches, and weigh just over two pounds. The color differs among breeds, with some specimens displaying silver or yellow. Those with yellow coloration will usually have between six and eight bands which are dark along the side. The perch found in Europe is usually green with vertical bars on the side which are dark in color, sometimes appearing in orange or red. The perch that is found in Canada and the U.S. is smaller than its European cousin and paler in color. They also have spines which are extensive and robust. Some have heads which are shaped like a torpedo and overall their bodies tend to be elongated. When moving these fish enjoys using their gill covers, pectoral fins and caudal peduncle.

Their spines extend on the covers for the gills as a type of defensive structure. They also have prominent mouths with teeth that are sharp. These fish will spawn from April to May. Females are usually bigger than males who have a darker color. They prefer spawning in water which is shallow, and their behavior during this event is vigorous. Once spawning has occurred the adults will need to be removed by handlers otherwise they might consume the eggs.

This particular species of fish lives a lifestyle which is semi-anadromous. They will migrate to water which is brackish or tidal, but because they are a freshwater species they are ideal for backyard ponds. In winter they will drift downstream if inside a river, but within ponds owners will want to ensure the temperature is kept between twenty and twenty five degrees Celsius. Perch also prefer an environment with lots of plants and because they are predatory they could pose a threat to other species, especially smaller ones like fantail goldfish.

When it comes to food, perch love invertebrates, with most experts classifying them as herbivorous and omnivorous. They like crustaceans in particular but corals and insect larvae are also consumed. Other things which are consumed by these fish include zooplankton, cladocerans and copepods. Because perch are plentiful and widely distributed throughout the world, they are regularly eaten by humans and produce a considerable income within the fishing market. As such some pond owners have used them for aquaculture purposes. However, perch are known for their intelligence and cunning so should always be managed with care.