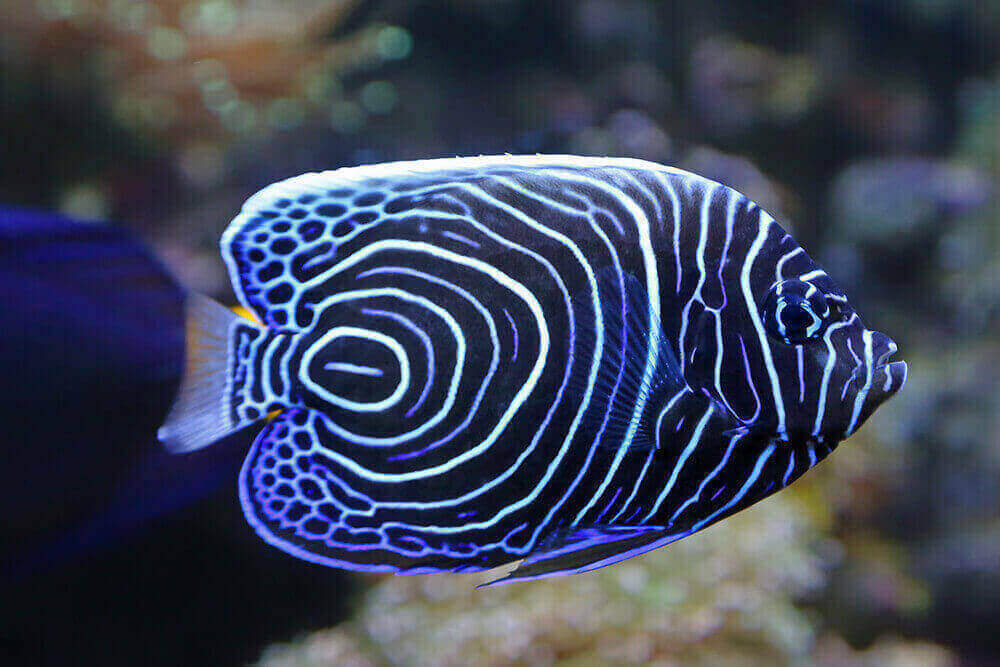 Angel Fish is a freshwater species that is considered by many pond and aquarium owners to be among the most beautiful fish in the world. They are sensitive to and will react to external stimuli, and have individual personalities. They are native to South America but have been adopted worldwide and are very popular, frequently appearing in pet stores.

This is a tropical species that thrives in big shoals. They also enjoy lots of vegetation in their habitat, since this resembles the Amazon River from which they are derived. They use this vegetation to conceal themselves from predators and should be kept away from fish or other animals which might eat them. The best pH for angel fish is from six to seven with a temperature of about 77 degrees Fahrenheit. It is essential that the pH levels of the pond remain constant; otherwise the fish may become ill.

Angel fish need lots of space, about ten and a half gallons per fish. They grow rather large, achieving heights of between fifteen and nineteen inches. Males can be territorial, particularly when females are present. Angel Fish move vertically and can sometimes leap from the water. Aside from using available vegetation to conceal themselves from potential predators, angel fish will also use them for establishing eggs.

These fish like flakes more than pellets and granules. It is also important to avoid a monotonous diet, providing variety instead. Angel fish love worms, larvae and insects (live is best, but if frozen the food should be defrosted prior to feeding). Other good foods include daphnia and shrimp. Although it is okay to feed them dried food from time to time, don’t do this too much otherwise they won’t get enough protein and nutrients. Juvenile angel fish should always be fed foods rich in proteins.

Angel fish are also messy when it comes to feeding. They don’t eat much despite their size so should only be fed twice a day max. Studies show that adults are capable of going as long as fourteen days without food. Youngsters however should eat three times a day.

Angels achieve sexual maturity in about twelve months, which is when females will lay their eggs. They will typically establish eggs once every thirty days, and males are usually bigger than females. Among this species pairing occurs naturally, so it isn’t necessary for pond owners to intervene in the process, they just have to make sure the pond has a good balance of males and females. When angel fish are ready to spawn their genital papillae will be visible as these are the organs used for the deposit of eggs and their fertilization. This species is meticulous and will clean the site where they intend to lay their eggs three days prior. Eggs which are unfertilized will remain white and will be removed by the parents. Sometimes angel fish consume their egg, which is normal; they will usually stop once they become familiar with the process. Hatching takes between three and five days.