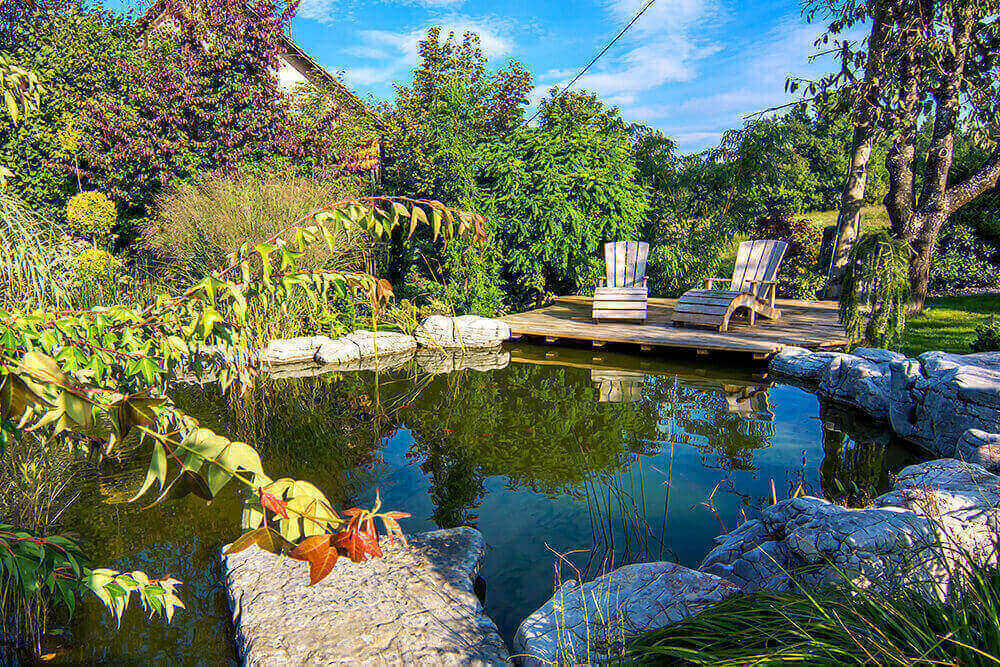 Wind can be good or bad for ponds, depending on the circumstances. Although wind provides oxygen, it might also cause degradation and ruin all your effort to care for your pond. Below are some additional facts about the effect of wind on ponds and how pond owners can best take advantage of it while minimizing its disadvantages.

The Role Of Wind During Summer

Wind can be highly desirable during the summer months, as it will push waves along the water’s surface which will create energy that rolls over, allowing the water to capture air which is then mixed to boost the concentration of dissolved oxygen. Given the fact that oxygen levels within ponds normally fall during this time of year, it should be considered a blessing.

How Wind Can Become Problematic

Wind becomes a problem when the pond’s shoreline doesn’t have sufficient soil stabilization. This means that the presence of waves near the banks can produce erosion. The best way to avoid this is to place vegetation along the edge of the water so that no landscape features are lost. Furthermore, it will stop both washouts and big cuts near the pond banks. Use small pockets of vegetation which is isolated and either emergent or submerged. One of the best for this is Bermuda grass. Any plants that develop through rhizomes with root systems that are extensive are outstanding for the stabilization of soil and will stop erosion in its tracks.

The effect of wind on small backyard ponds can be adverse due to turbidity, which is the result of excessive mixing which occurs from the wind, due to solids on the pond floor being lifted up and suspended. This can result in reduced water clarity and harm to the fish, depending on how long it takes for the suspended solids to resettle. If you happen to have a small pond in an area that receives lots of wind, having submerged vegetation can reduce turbidity since it will dissipate wave energy while ensuring the soil substrate remains bound together.

There is also the issue of oxygen depletion. If the wind is strong enough, it can push around both suspended and floating vegetation to areas downwind which are concentrated. Algae which becomes suspended and disconnected from the pond floor may also drift and become concentrated, which will result in dead spots devoid of oxygen, which will trap fish while disrupting spill ways or drains.

How To Deal With Wind

The best way for pond owners to deal with wind is by constructing their ponds in a manner which accounts for it. Ponds located in windy areas should always be deep with slopes that are moderately fast. Promote the growth of aquatic vegetation, allowing it to grow in patches which are small yet isolated on the side which is downwind. Make sure the grass or vegetation is near the pond banks and keeps them manicured. Your goal is to keep the soil as stabilized as possible and thus mitigate the effect of wind on your pond.