How To Conserve Water While Gardening

Home > Blog > Landscaping > How To Conserve Water While Gardening 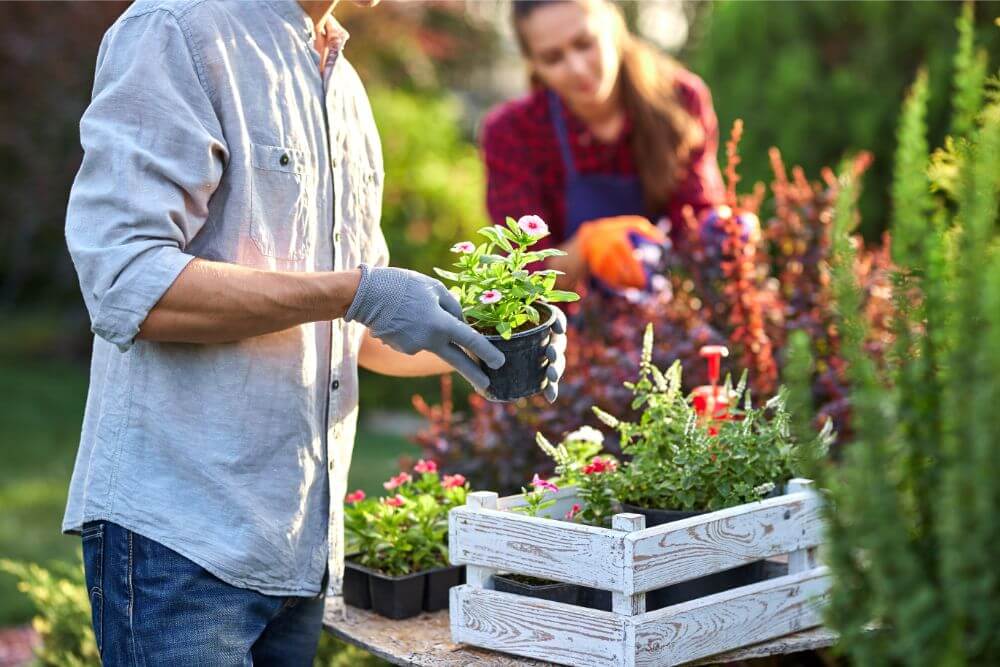 Despite the fact that the Earth’s surface is covered in 70 percent water, only a tiny percentage of that is useable by humans. And unfortunately, even that tiny percentage is shrinking, leading to water shortages around the world. Below are some ways you can help by conserving water as much as possible while gardening.

Inspect Your Valves And Install Sprinklers That Are Pressure Regulating

Sprinkler systems which produce mist waste a great deal of water over time. And as the pressure grows so will the flow rate of the irrigation system and your water bill. The solution to this is to use a sprinkler system which is pressure regulated. Experts estimate that if enough residents switched to these systems hundreds of millions of water gallons could be saved in a single decade.

The trouble with many ornamental plants is that they require a lot of water, so one way to conserve it is by switching to plants that are drought tolerant, like succulents or cacti. In the American Southwest Xeriscapes are quite popular, because although they still require water, they only need a fraction of the amount that is required by other plants.

Rainwater harvesting is growing in popularity in many regions. However, it is important to check your local laws, as some states do have regulations regarding the practice, although they are few in number. Instead of waiting for a drought to occur, why not have a system installed by an irrigation contractor so you can be prepared? Systems include basic cisterns and barrels that utilize gravity for feeding the water inside the drip system to intricate setups that utilize full underground storage with filtration.

Rain gardens are depressions which are shaped like a bowl that can be used to gather runoff via a roof, pavement or lawn to contain it briefly until the liquid can percolate downward inside the dirt, where it is kept away from storm drains. A basic rain garden can hold as much as two hundred gallons of water. To build one, you’ll need to dig a hole which is twelve inches deep and flat over the bottom with sides that are banked and a slope that is roughly forty five degrees. You then place plant plugs and seeds near the bottom, and add some clover since it pops quickly which gives you a greenish appearance as the other flowers and plants take hold.

Introduce Permaculture to Your Gardening Routine

Permaculture is another trend that is increasing in popularity among eco conscious homeowners. It embraces the idea of organic landscaping and gardening while rejecting the use of any type of chemical product such as herbicides, fertilizer and pesticides. One of its aims is to conserve water by not exposing it to harsh chemicals that prevent it from being readily reused. It includes things such as replacement of turf, soil conditioning and the planting of natives.