How Ponds Can Be Used To Manage Stormwater 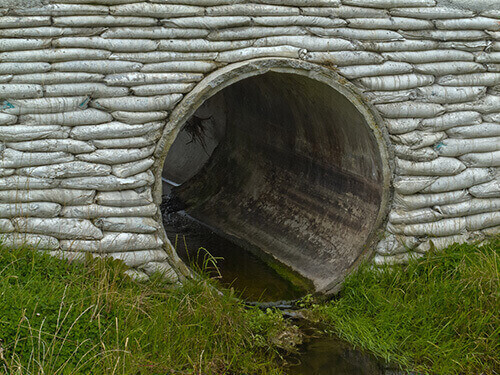 When most people think of manmade ponds they visualize artificial structures which are designed purely for architectural appeal and visual enjoyment. However, these ponds can perform functional purposes, one of which is the management of Stormwater. This is extremely important in regions which receive large amounts of rain annually and which are vulnerable to flooding.

How Do Stormwater Ponds Work?

These artificial ponds are designed for the purpose of collecting storm water and then holding it. Unlike traditional backyard ponds, they are not designed purely for recreation. In urban locations, hard surfaces like roads or roofs frequently prompt rainwater to move into sewers. As it moves along this path, the storm water will collect chemicals and lawn fertilizer, as well as soap and various waste products. This water will become contaminated, and will flow into nearby rivers.

During severe rain storms, more water may appear than sewer systems are capable of handling. This is where storm water ponds come in. They are used to collect the additional water and then hold it until such time that it can be gradually released into nearby rivers or streams. This helps avoid flooding, and since the ponds also collect solids which are suspended such as gravel and sand, they will not enter rivers or other bodies of water.

The water level within storm water ponds will vary from one month to another. The reason for this is so that aquatic plants living nearby can be sustained. During winter these ponds will tend to have a water level which is lower, while during summer and spring the levels will start to increase. Aside from season, water levels will fluctuate depending on how much precipitation is present. For instance, once a rainstorm has ended the water levels will typically be higher than normal, while it will be lower during droughts. The purpose of using these ponds to manage storm water is so that should a strong rain storm occur, the pond will be able to retain the water to prevent flooding.

How Fish Factor Into Stormwater Ponds

Fish will occur naturally in any body of water which is sufficiently large. In order for fish to remain healthy however, they need an optimal amount of oxygen which is dissolved, as well as areas where they can spawn and a pH level and water temperature which is consistent. Unfortunately, storm water ponds are not specifically designed for fish and as a consequence their mortality rates will tend to be high. Typical reasons include oxygen levels which have become too dissolved, rapid pH or temperature fluctuations, and deaths resulting from spawning, along with various parasitical, viral and bacterial diseases.

Like any pond, storm water ponds are subject to excessive and unwanted algae growth. To limit it, nutrient sources from products containing Phosphorus should be restricted in use, which is often found in soaps and fertilizers. However, vegetation which grows around and inside these ponds provides a number of benefits, such as the removal of soluble nutrients.