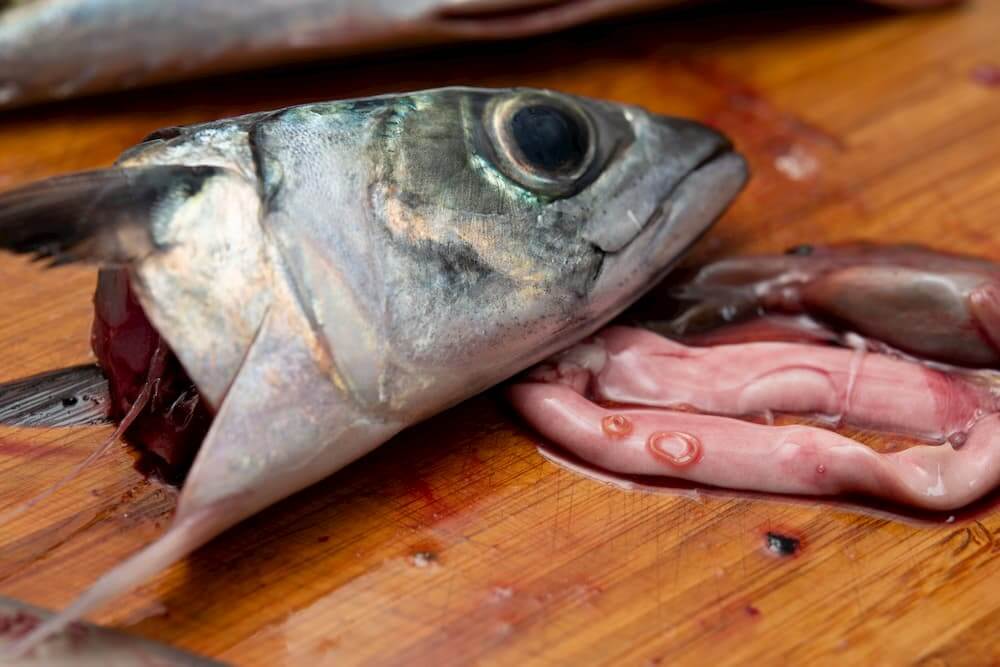 Camallanus worms take between six and twelve weeks to grow to maturity at which time they will be noticeable to most aquarists. These parasitic worms are particularly hardy as they can survive for weeks even in ponds that do not have fish, and they can thrive in gravel or substrate. This means pond owners must be extra cautious when introducing new specimens to their pond.

Worms which are pink or red in color will sometimes protrude from the fish’s anus. Multiple worms may appear in this way simultaneously but may move inside when the fish becomes active. Other symptoms include white colored feces and the fish becoming bloated, refusing to consume food and listless behavior overall.

Parasitic worms should never be taken lightly. There are actually some websites that attempt to downplay the seriousness of the condition, posting ineffective and inaccurate treatments that if attempted will only make the situation worse. If these worms aren’t eradicated promptly they could compromise the entire pond, costing thousands of dollars in fish fatalities not to mention the cost to replacing vegetation and other components.

How To Treat Parasitic Worms

The best treatment involves the usage of levamisole (with a dosage of about 13 ppm). The pond water will need to be completely changed. Any fish which have died will need to be removed and discarded, and those still living will need to be carefully watched. Continue feeding them as normal and once a few days have passed perform another water change and apply the medication if needed.

Be sure to disinfect anything that comes into contact with the water. This includes buckets, nets or the siphon. Fish that display worms should not be placed in the quarantine tank or moved to a place where they might infect healthy fish. You do not want these worms to spread.

Fish that have worms, but are still alive and do not respond to medication will need to be euthanized. It has been reported by some that eventually the fish’s intestine (or other regions of the body) may explode with worms, making this a truly agonizing way for them to die. It is much better to put the fish down peacefully so they do not have to endure weeks of suffering. Because worms may be completely undetectable in their early stages if a handful of fish have them it is likely the rest in the pond do so as well so it might be necessary to euthanize them all. Afterwards the entire pond should be sanitized and a new cycle should be started.

How To Prevent Parasitic Worms

Unfortunately some of these worms have produced immunity to standard medications such as praziquantel, Trichlorfon, and even Metronidazole.  This means that prevention is much better than treatment. Pond water should be kept clean at all times, and new features, fish or media which is added to the pond should be rigorously inspected to ensure that no worms are present.