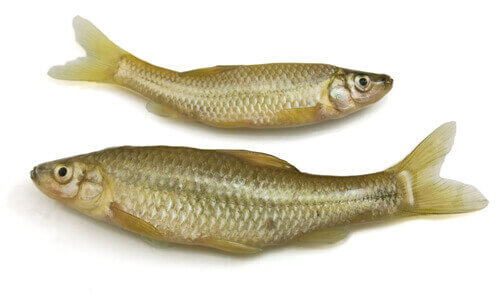 Fish, as with all living organisms, are susceptible to a number of diseases. One such condition is fish tuberculosis. It is caused by mycobacteria, which may be present in the mulm or mud which forms on the bottom of ponds. It occurs within multiple fish species, but is of particular concern to pond owners who own koi, as these fish can cost tens of thousands to acquire.

Infection will usually occur through the mouth. Fish will typically contract it by consuming prey which has been infected. Once the mycobacteria enter the mouth it will invade the fish’s body which will activate its inflammatory mechanism. It is also possible for a fish to become infected via a cut or bruise.

Mycobacteria can thrive in both salt and fresh water and is capable of survival for a time outside of the host and even water. The two organs which are most heavily damaged are the kidney and liver. Granulomas will appear within these two organs which will cause infected material to be transferred from the kidneys into the fish’s urine.

The granulomas within the fish will erode externally and produce skin ulcers. The infection can spread to the brain which will cause the fish to behave erratically. The eyes of the fish may also protrude unnaturally as a result of the buildup of fluid behind them. Sometimes mycobacteria will move through the bloodstream and embed themselves in the bones of the fish’s back, causing them to erode leaving behind a horrific deformity near the spine. Fish tuberculosis, as with its human counterpart, is highly contagious and can rapidly spread from one fish to another.

Mycobacteria are resistant to standard antimycobacterial medicine. While some antibiotics are useful, they must be administered in the correct dosage, which can be extremely challenging and costly for those who are not experienced. When you consider the fact that the disease is possibly transferrable to humans, the best solution may be to put down any fish that are infected. The pond will need to be cleaned carefully, and this will include getting rid of gravel, decorations or plants which may be exposed to the mycobacteria.

This is one of the most terrifying diseases a fish can contract. The facts that humans are at risk for potential exposure is even more reason to exercise preventive measures. New fish should always be quarantined before being added to a pond. Any fish which appear to be sick should be isolated immediately, and if they are found to have fish tuberculosis you should consider putting them down.

It is best to avoid feeding predatory fish “feeder fish” which are alive, as this is an ideal mechanism for the transfer of mycobacteria. Ponds should also be monitored regularly for the presence of dead fish or other organisms, since fish who scavenge on them could become infected. You should also avoid excessive stock densities, as this could also lead to the development and spread of the disease.