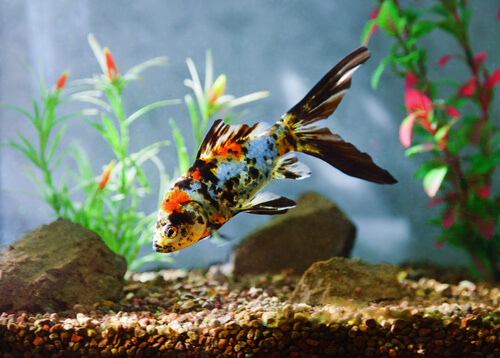 Columnaris, which is also called cottonmouth, is an affliction which results from the aerobic bacteria Flavobacterium columnare. This bacterium is gram negative, common in water which is fresh and frequently found in fish that are reared or cultured in ponds. Many mistake it for fungal type infection, but this disease is one of the most contagious among fish and thus has a high mortality rate.

Fish which have columnaris will often display fins which are either ragged or frayed. As the disease progresses they will also develop skin ulcerations. Patches will appear on the gills which are either cloudy or white, and mucus will accumulate within. Eventually the gills will become discolored, usually becoming dark and light, and may ultimately become necrotic.  The breathing of the fish will become elevated and laborious, the consequences of their gills becoming damaged. They may also become lethargic, as well as anorexic, which makes them more susceptible to death.

The disease is caused by the bacteria gaining entry into the body of the fish via openings such as the mouth, gills or through open wounds. The disease is commonly found in aquatic environments where the fish are either under high stress, or which are overcrowded. A higher incidence has also been found between columnaris and water which has oxygen levels which are low or dissolved. Once the bacteria enter water it can remain for more than thirty days.

Ulcerations typically emerge between twenty four and forty eight hours. Fish will die within seventy two hours if no treatment has been provided, but in elevated water temperatures fatalities may occur within hours rather than days. Aside from the symptoms already mentioned, fish may also display redness near the site of infection, a twitching movement and the habit of rubbing their body up against objects for relief.

Since Flavobacterium columnare has Gram negative characteristics, this means that fish afflicted with it can be treated through the usage of antibiotics like kanamycin and nitrofurazone, which will usually need to be given synergistically. A fish bath should be prepared which is medicated with merbromin, salt and potassium permanganate. The next step in treating this condition and preventing it from spreading is to quarantine fish which show clear signs of infection, and reduce the pond temperature to about 75 degrees Fahrenheit. The reason for this is because columnaris thrives and has a higher virulence at elevated temperatures between 85 and 90 degrees Fahrenheit.

The fish should also be given food which is medicated, which has oxytetracycline within it, as this will help with the internal infection. Some pond experts also recommend applying copper sulfate, potassium permanganate or even hydrogen peroxide topically, although this should be done with caution as concentrations which are too high could prove toxic and worsen their condition. Vaccines are also an option and can be used to prevent an outbreak or reoccurrence.